This is the current picture of the items in the sprint:

Time spent on non-BLISS tasks was not documented during the period 18/06 to 06/07 and many unplanned issues were not assigned points (the team did not document these pieces of information during Jordi's leave).

At this stage, the BLISS project has accrued around 2 months delay since the first BLISS draft strategy document was made available (December 2017):

At the end of the sprint, BLISS reported the following status during the EPO Quarterly meeting: 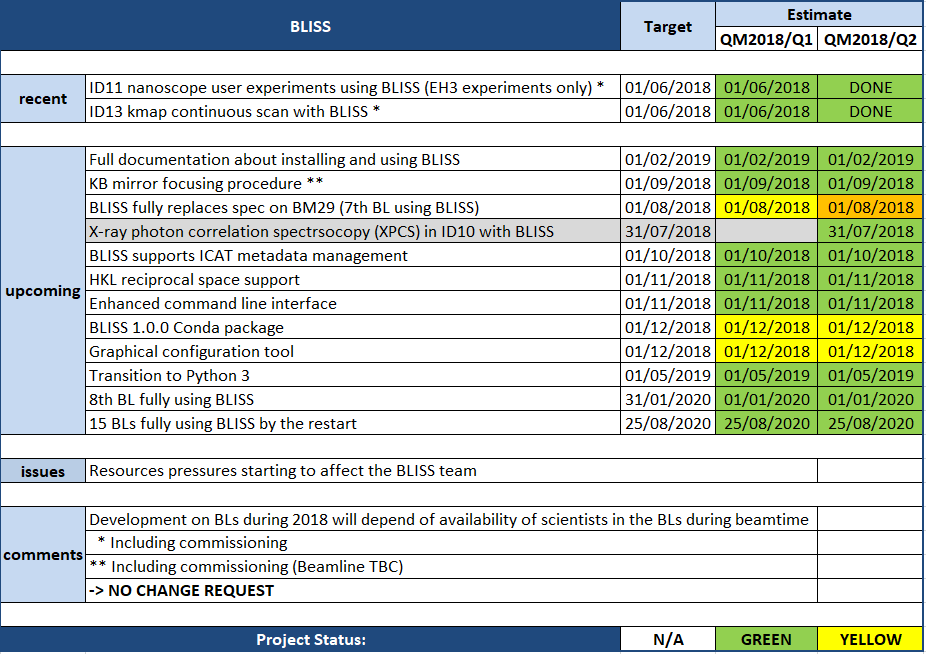 Of course, the project is continuously evolving and plans have changed accordingly, however we can safely say that BM29 won't be done as originally planned and some work may need to be done once the DCM starts commissioning in the 2nd half of the year.

Overall, Jordi's estimate would be that BLISS is moving forward at 15-25% lower speed than planned and the resignation of a valuable member of the team will slow progress in the months to come.