Implement a feature that will allow Data Portal to do the creation/modification and deletion of shipments. A shipment is a "container" of pacels that will be sent from the home institutes to the facility. A RFC shipment schema can be found here: https://gitlab.esrf.fr/demariaa/icat-plus/-/blob/issue_130/app/models/shipment.model.js

An API has been developed with its tests and swagger definition can be found on:

An example of the current form of a shipment is: 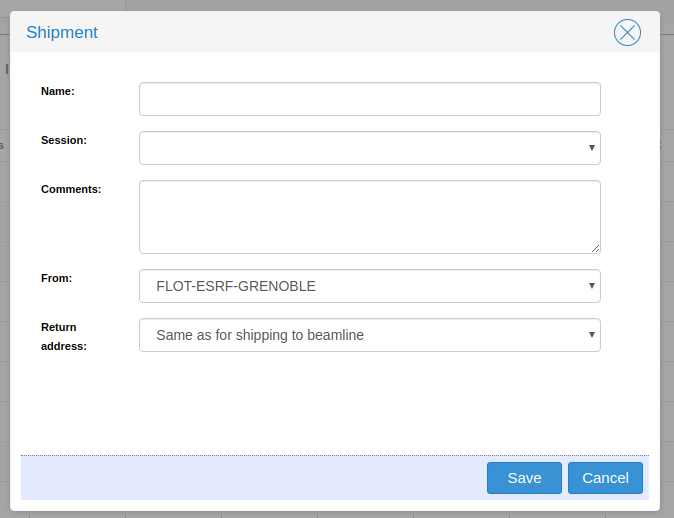 And this is how it looks like after creating and with parcels attached:

Once a shipment with the parcels are filled then the shipment is blocked and waits for safety validation. The safety group might ask for information about the items that are sent before giving its approval. Likewise it can be refused and some actions might be expected by user. We should anticipate somehow how to display that important information.

This is the lifecycle of a parcel and then in some place visible some alert might be need to be shown. Example: 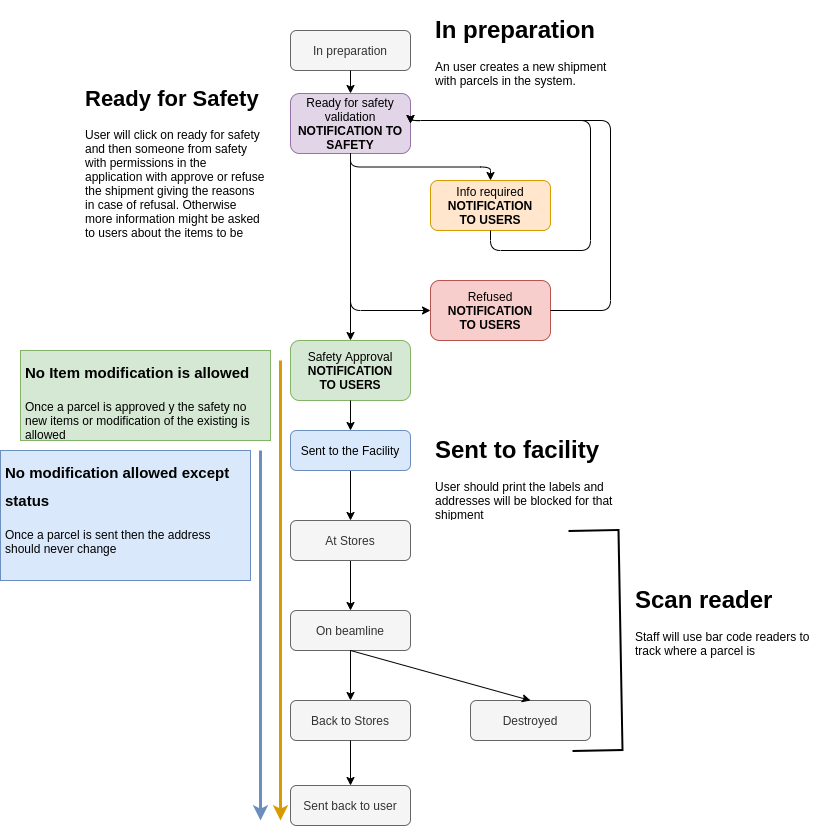